I came across this great leadership insight from a Bill Simmon’s reflections on a personal interview with basketball coach Phil Jackson who has won 11 NBA championship titles and coached greats such as Michael Jordan and Kobe Bryant. 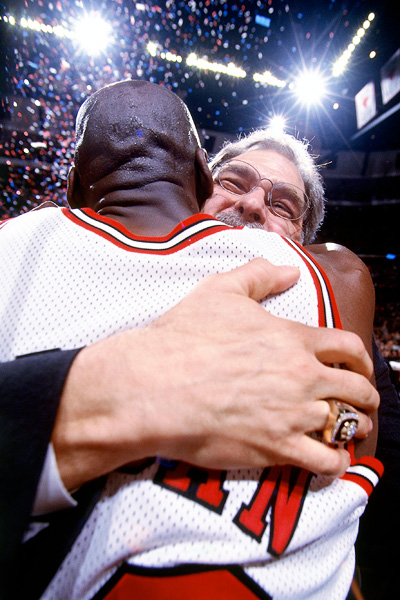 Steve Kerr told me once that what made Jackson special – and Popovich too – was that he cared about his twelfth guy as much as his best guy. He spent time with his players, bought them gifts, thought about what made them tick. He connected with them, sold them on the concept of a team, stuck up for them when they needed him. His actual coaching — calling plays, working refs, figuring out lineups and everything else that we see — was a smaller piece of a much bigger picture. His players competed for him for many reasons, but mainly because they truly believed Jackson cared about them. Which he definitely did.

It is surprising to hear that in the hyper-competitive, ego driven, bottom line driven environment of pro sports the most important part of Jackson’s coaching was the off-court relationships he had with the players.  Building a great team begins with a leader that puts in that extra effort to genuinely understand and care about each member of his team from the stars down to the 12th man.  This produces leadership that is not just results driven, but motivated by true servanthood and love.

The faith of Soul Surfer

Stop Trying to be a Success

Good post. There’s many lessons from sports that can be applied across to all relationships, including ministry and church relationships.